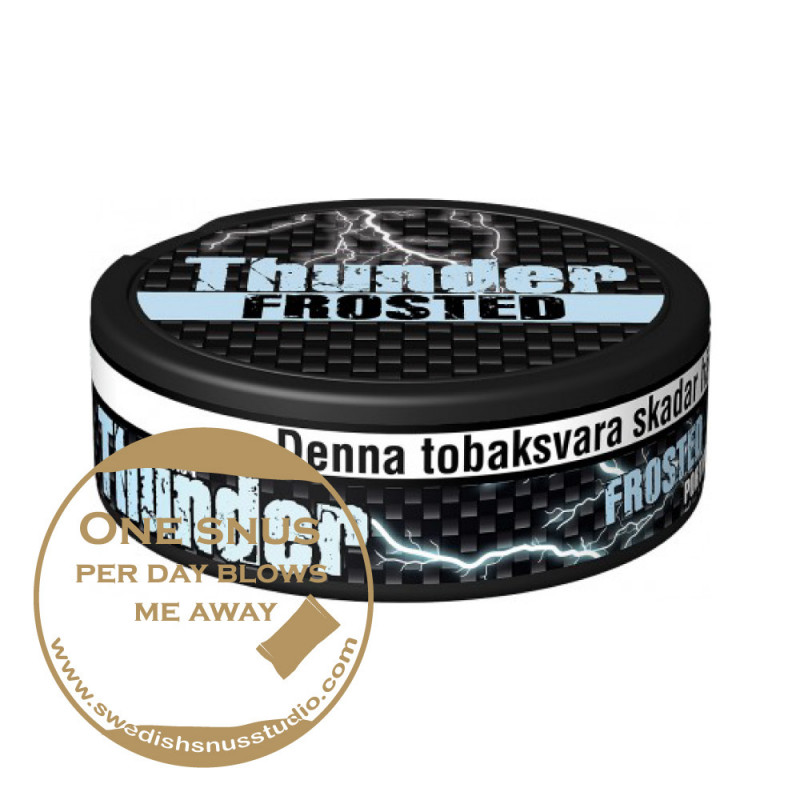 Thunder Frosted Portion is, like the rest of the snus from Thunder, a very strong snus with a high nicotine level that will certainly give you the kick that you’re looking for.

This snus has a strong taste of mint and has a nicotine level of 16mg/g, which is a lot less than some of Thunder's other products - but don't stop reading. This does not mean that the snus is not strong, on the contrary - 16mg/g is almost twice the amount of nicotine usually found in snus. This makes Thunder Frosted Portion the perfect choice for those who are curious and want to try products from Thunder, but have doubts if they can deal with the strongest products in the Thunders Series. No need to worry - Thunder Frosted gets the job done with a gold star.

The box is similar to the other products in the Thunder series. The shape is round, it’s black and white, and in the background you can see a checked pattern with white lightning bolts. The box has a double lid, where the used pouches of snus can be stored. The box contains 19,8 grams of snus.

Even though this snus is strong, with twice the amount of nicotine than is usually found in the regular snus on the market, it is one of the weakest products in Thunder series. It’s a great alternative if you are trying Thunder snus for the first time or if you are looking for a snus with a higher nicotine content. 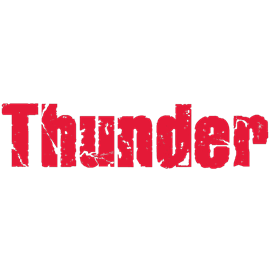